Physical and behavioral characteristics make us who we are; they are part of our identity.
These characteristics allow us to be identified and authenticated through a fingerprint, a passport photo, or facial capture. Processes and techniques have evolved, and biometrics has become widely accepted and adopted. Biometrics is a critical enabler for digital transformation. Let’s look at the origin of biometric technology in our modern and connected society.

Biometrics facilitate the modern and connected world while protecting data, identity, and access to services. All biometric methods and technologies have their advantages and disadvantages. Not all characteristics can be captured with the best quality as some vary over time, such as voice.

Biometrics can be divided into two categories: physiological and behavioral. DNA, saliva, and blood are biological biometrics but are not commonly used outside law enforcement and for healthcare purposes.

Fingerprint, facial- and iris recognition are the most unique ways to connect physical and digital identities. 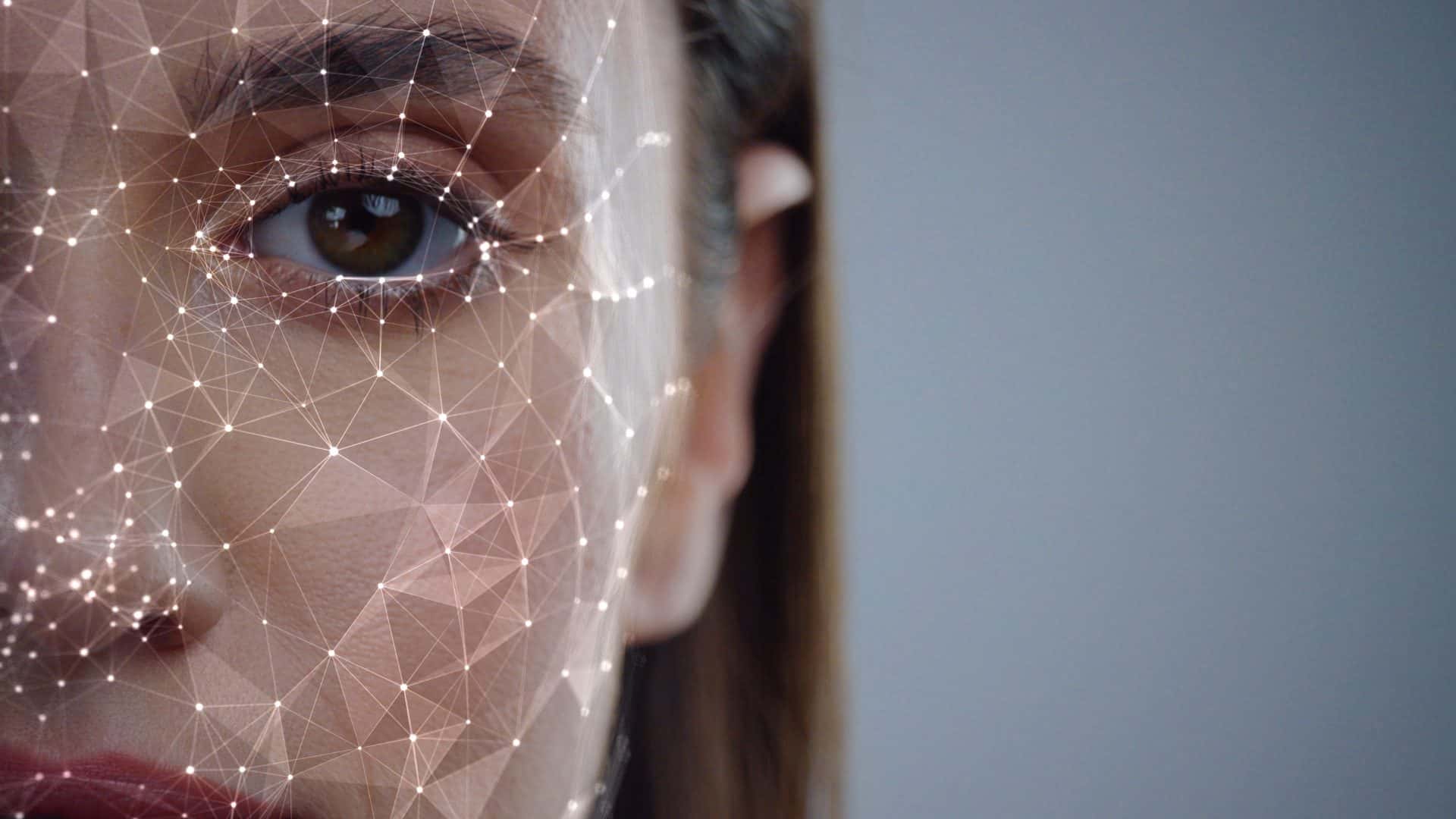 The most common behavioural biometrics are voice, gait, and gestures. The measurements are not equally reliable, as some can be subject to stress or can vary over time. 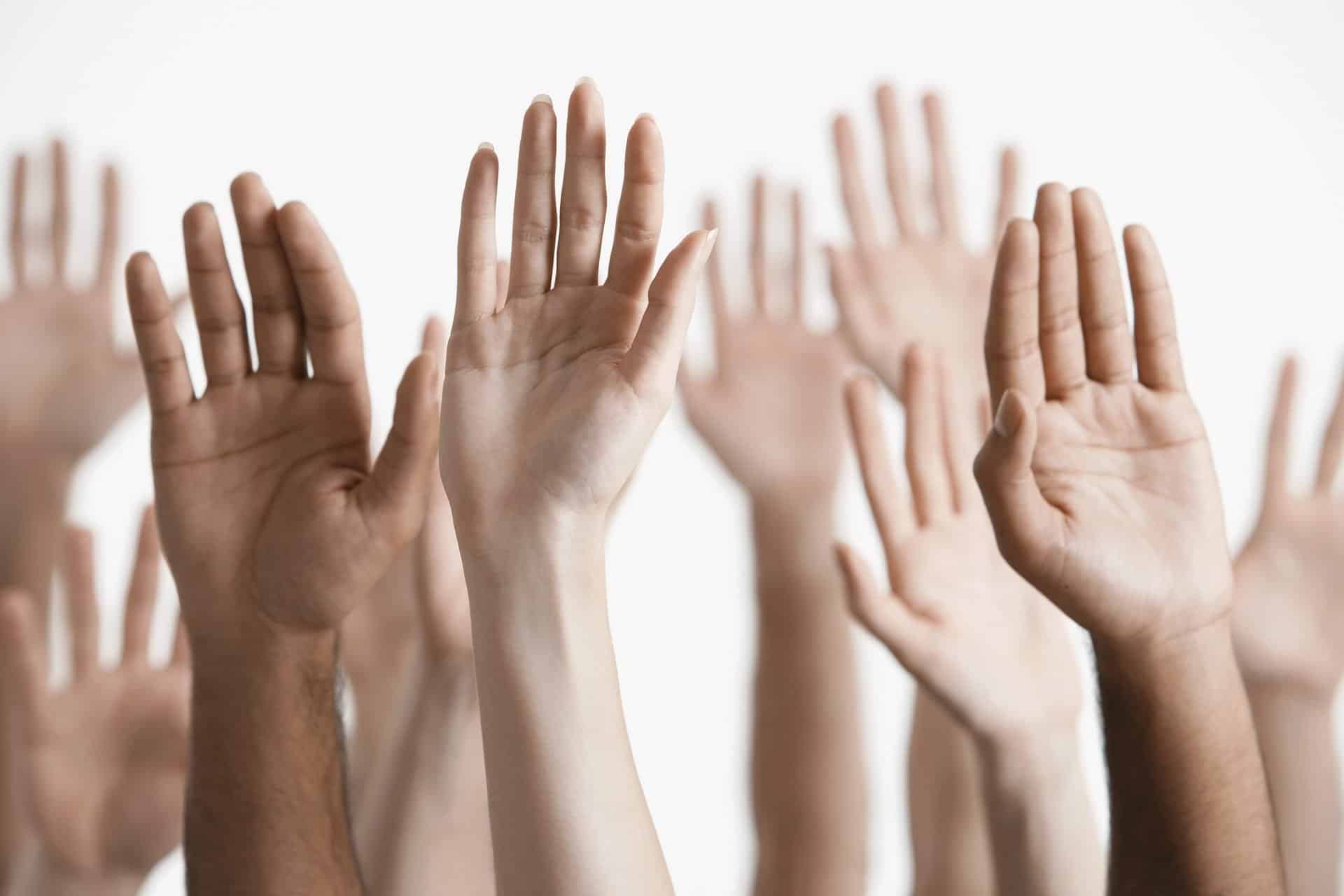 The history of biometrics

Fingerprints were the first biometrics widely used for identity verification. Using biometrics for military access control or criminal identification has been applied throughout history.

Fingerprints are now a fundamental tool in every police force to identify people with a criminal history. The late 19th century marked a significant change in criminal investigations in then British India.

Tenprint records were placed into groups based on the fingerprint pattern type. Not only was this method more accurate, but it also saved time, and didn’t require any specialist training.

Police forces could process more data, leading to crime statistics and analysis improvements. The developments from a century ago formed the basis for the modern day AFIS, Automated Fingerprint Identification System. Today, various technologies such as the Automated Multi-modal Biometric Identification System or AMBIS will speed up police investigations by matching iris scans and fingerprints against an existing database of individuals.

Handheld devices will assist with the registration of new scans and prints.

The various applications of biometrics

Today, many public and private sectors see the benefits of biometrics. It is not uncommon to unlock a phone with a fingerprint or face.

To identify a person

Determining the identity of a person is done by a biometric identification process. The first step is capturing biometric data, such as a facial image, fingerprint, or iris scan. The data is then stored and compared to other biometric data. This process answers, “Who are you?”

To authenticate a person

The ability to prove one’s identity values as the basis for participation in daily life. Lack of identification, and therefore verification, disadvantages both individuals and governments. Government agencies won’t implement programs effectively, such as pensions. Citizens can’t claim those benefits without proving who they are. According to the World Bank, an estimated 1 billion people worldwide lack proof of ID or access to a National ID scheme. Women are more likely not to have a form of identification, particularly in low-income countries, limiting their access to critical services and participation in political and economic life. In addition, many lack an ID that is safe, trusted, or useful. At Laxton, we work with governments to build civil registry databases and offer solutions to register everyone, even in the most remote areas. Following project specifications and guidelines from the UNDP, we developed a Central Biometric Record Management System (CRMS) and Data Collection Centre with a customized software interface for Malawi.

A safe and secure society is one of the biggest priorities for governments. Biometric technology empowers law enforcement agencies to perform background checks, identification in the field, and extensive investigations.

Our multi-modal biometric technology and tested and proven methodologies help law enforcement officials to serve the public and increase the speed with which they can perform their duties and bring justice and peace.

The integration of our devices into the security solution for Indonesia allows for reliable biometric data to be recorded, helping law enforcement track individuals across the 17,000 different islands.

An up-to-date voter registry is crucial for reducing fraud at the polls and creating the overall integrity of free and fair elections. However, it starts with the identification of eligible voters. Before election day, citizens must be included in the voters’ register. An identification system with biometrics then verifies voters as they cast their votes on the day.

From initial planning to final wrap-up, we support governments in organising successful elections. Our project with the Electoral Commission of Ghana resulted in 17 million registered voters, enhancing the integrity of the polls. 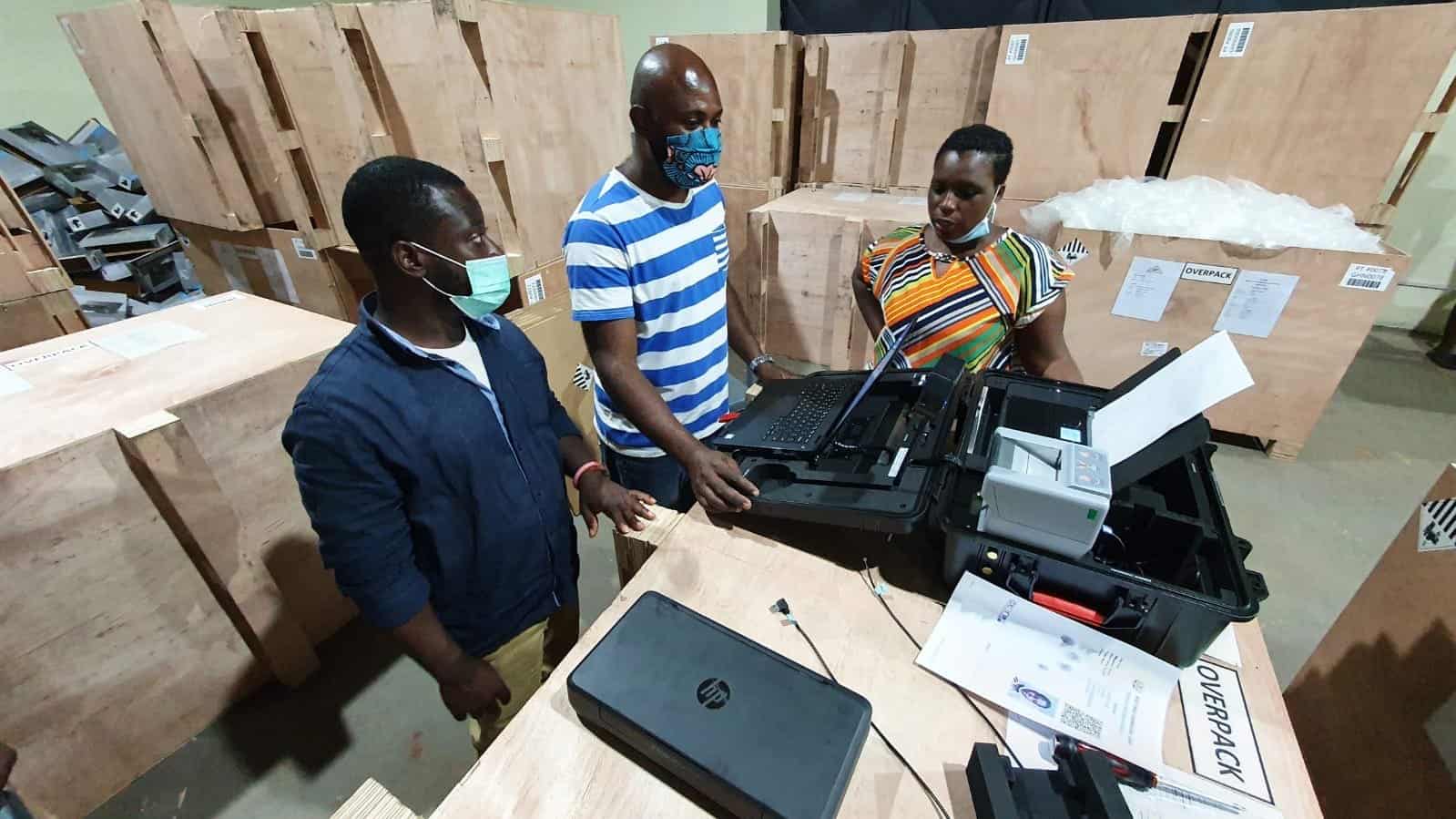 Why multimodal biometrics are vital

When identifying or authenticating a person, reliability is essential. In biometrics, false positives and negatives are unavoidable. Biometric systems rely on algorithms. No measurement can be a hundred percent accurate, especially when used independently.

The use of multiple types of biometrics improves accuracy. The combination of face and iris recognition is an example of multimodal biometrics. This adds another layer of security and granularity.

Spoofing is an attempt to circumvent the security of a biometric system. A fraudster can spoof modalities using different materials and methods, for example, 3D masks, fake fingerprints, or a photo. Advanced anti-spoofing methods such as liveness detection are necessary to differentiate simulated from real.

Today, both the public and private sectors face challenges. Increasing innovation and biometric technology require regulated data security and privacy. While there is no law specifically for the usage of biometrics, the General Data Protection Regulation includes legislation for biometric data protection and privacy in the European Union.

Companies and organizations handling personal data should implement the ‘Privacy by Design’ principle in the earliest stages of technology development. When integrated from the initial phase, data protection procedures should safeguard privacy.

Personal data should not be made accessible to an indefinite number of people. Companies and organizations should ensure that personal data is processed with the highest privacy standards. For example, biometric data can be made anonymous, meaning that a biometric database can contain numbers as biometric identifiers.

Biometrics proved to be the method to protect our identities and improve security. Over the years, biometrics has become more accurate. Scanners, cameras, and sensors have become more cultivated. The broad acceptance and increased use of biometrics ask for regulations and security policies. As the digital environment changes, so do the population and circumstances. The pandemic forced many businesses and people to connect online instead of face-to-face at an office or store.

Establishing a customer’s identity, the Know Your Customer principle, is essential for the financial sector. Banks and trading platforms must be sure of the client’s identity when opening an account and over time. The KYC process includes ID card verification, document verification, and biometric verification.

The Covid-19 pandemic accelerates digital onboarding for services as businesses were forced to close. The shift to online onboarding resulted in a mobile-friendly approach to previously offline processes. For example, opening a bank account doesn’t require appointments at a physical branch.

The Schengen Zone guarantees the free movement for more than 400 million EU citizens and non-EU nationals living in the EU or visiting the EU as tourists, students, or for business. Border management is a high priority for the European Union.

The EU Entry-Exit System or EES will reinforce the internal security of the Schengen Zone through the coordination and sharing of biometric data. Each time a passenger crosses an EU external border, the EES digital infrastructure will register data to assess risk and automatically calculate the remaining length of stay. Biometric data plays a significant role in the new common database.

Europe will manage one of the largest biometric systems in the world. The biometric data will be verified and securely stored for a maximum of three years.

We deliver end-to-end solutions in the Election, Citizen Identity, and Security fields. Our solutions include self-designed equipment and software to register and verify citizens. The seamless integration of our devices and software ensures an excellent user experience for citizens and operators alike. Over the years, we have built up a team of industry-leading experts to successfully implement and service our solutions, even in the harshest environments. As a result, Laxton has become a leading global end-to-end provider of Election, Citizen Identity, and Security solutions. 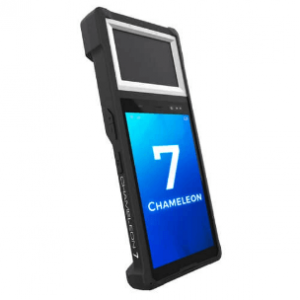 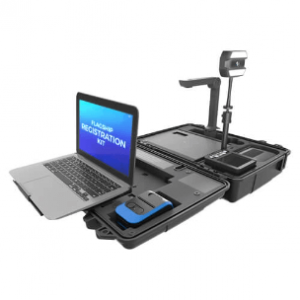 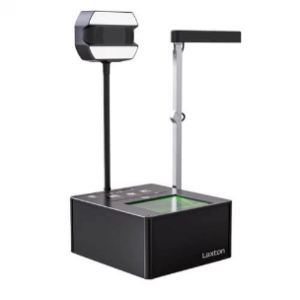 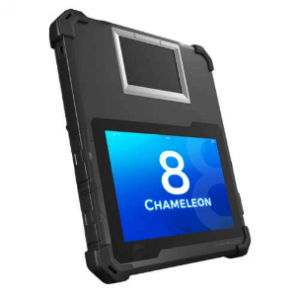 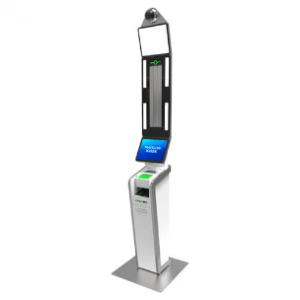 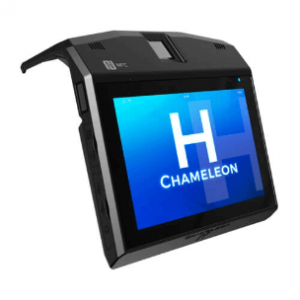 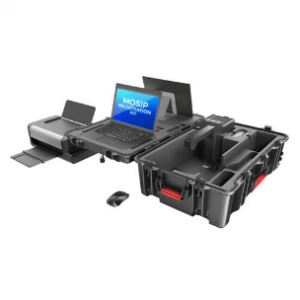 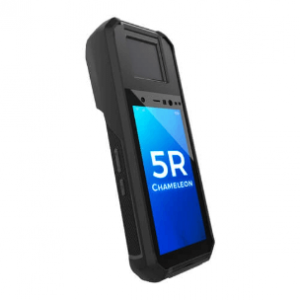 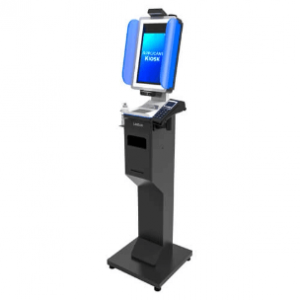 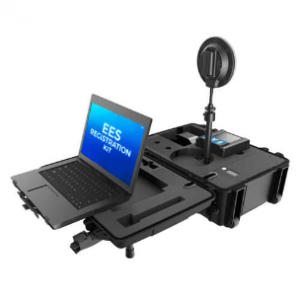 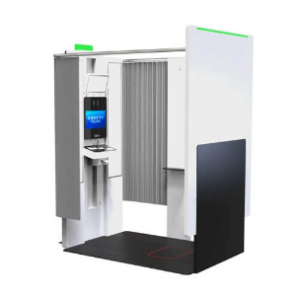